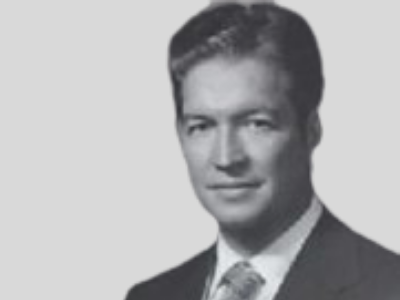 Wendell Dixon was a true visionary for Interstate Finance/CrediThrift Financial, demonstrating substantial management and organizational acumen allowing the company to achieve a significant national presence and creating hundreds of jobs in the Evansville community. Starting as a management trainee in 1946, he was promoted to chairman and CEO in 1973. He led Interstate Finance, a small Evansville-based consumer finance company, to national prominence.

Interstate/CrediThrift, the predecessor companies to what was later American General and today as OneMain Financial, grew under his leadership from 500 employees in 31 states to becoming the second largest consumer finance company in the U.S., with 1,400 employees, operating in 42 states.

Dixon served on the University of Evansville Board of Trustees and on the Board of Directors of Welborn Baptist Hospital, Evansville Chamber of Commerce, Citizen’s National Bank, Tri-State Youth for Christ, Evansville’s Future, and the American Financial Services Association, serving as chairman from 1984-85. He was also past president of the Welborn Baptist Hospital Foundation. Dixon’s awards and community recognition include Lifetime Rotarian, Distinguished Citizen Award-Buffalo Trace Council (1988) and University of Southern Indiana Executive in Residence (1975).