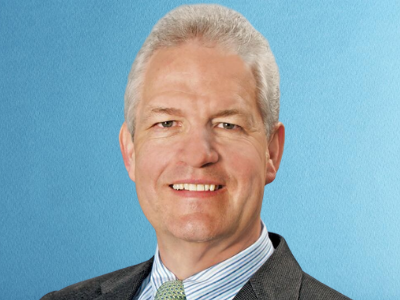 Since joining Old National as President and Chief Executive Officer in 2004, Bob Jones has embraced the bank’s long-standing heritage as a true community bank. With exceptional client service and community engagement as a consistent focus, he has built a leadership team and passionate, knowledgeable associate base who are committed to delivering long-term value. Over the years, Jones’s passion for servant leadership and strong vision have helped Old National maintain its position as a strong, secure financial institution.

A former recipient of the Sagamore of the Wabash award and the Distinguished Hoosier Award, Jones serves on the board of directors for numerous organizations and institutions, including Vectren Corporation, where he is a member of the Finance and Corporate Affairs committees, the University of Evansville, Ivy Tech, Riley Children’s Hospital, Youth Resources of Southwestern Indiana, and the Evansville Sports Corporation. Additionally, he formerly served as a board member for the Federal Reserve Bank of St. Louis.

With Jones at the helm, Old National has been recognized for four consecutive years as one of the “World’s Most Ethical Companies” by the prestigious Ethisphere Institute. Additionally, the company was honored by the American Bankers Association (ABA) with two first place Community Commitment awards for 2015 in recognition for its commitment to teaching financial education to at-risk community members. Old National has also been named Employee Volunteer Program of the Year by VolunteerMatch for three consecutive years.