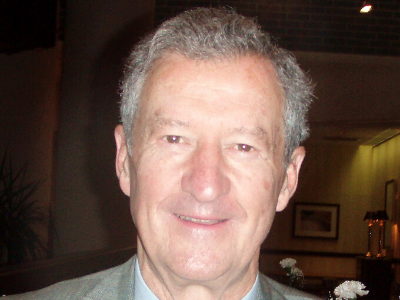 Chairman of the Board (Retired)
Escalade, Inc.

Robert E. Griffin helped to build and expand Escalade Inc., positioning the company to become a leader in several industries. Griffin established the company through acquisition of several smaller companies - including a local archery manufacturer and companies that made pool tables, table-tennis tables, golf carts, and other sports equipment. Griffin's success with Escalade is due in large part to his belief in diversifying the company. After obtaining an established archery-equipment business, he knew that to be successful, Escalade would need to offer alternatives during the off-season.

In 1988, Griffin introduced an innovative wellness plan that rewarded employees at Escalade for reducing health risks associated with obesity, tobacco use, uncontrolled cholesterol and high blood pressure. The plan lowered Escalades health care costs to 60% of the national average.

As an active member of several civic organizations, Griffin’s work has included being director of Seton Health Corp.; director of the University of Southern Indiana Foundation; a member of the USI Board of Advisors; and director of the Community Advisory Council of the Evansville Center for Medical Education. A strong supporter of education, he and his family have supported the USI Presidential Scholarship program since it was established in 1987. In 2014, the USI broke ground on the Griffin Center, a new conference center named after Griffin and his family.