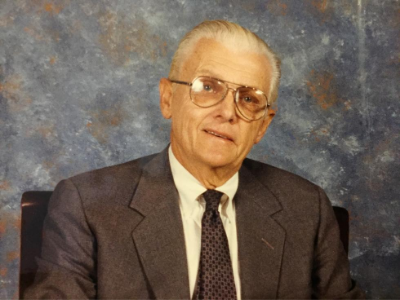 Norman P. Wagner was responsible for growing the utility provider SIGCORP into a large Indiana-based public company. Wagner made tremendous contributions to SIGECO and because of his expertise and efforts; the Company is one of the nation’s lowest cost energy providers. Prior to joining SIGECO, Wagner served as Works and Project Manager at Babcock and Wilcox. Wagner’s career began at SIGECO in 1968 as the Director of Marketing. He worked his way up through the ranks of the company to become Chairman of the Board, President and CEO in 1986. When Wagner began his career in 1968, SIGECO served 80,000 customers. Upon his retirement, SIGECO served over 115,000 customers. Wagner’s vision and entrepreneurial spirit was also the foundation of Southern Indiana Mineral and Southern Indiana Properties. Wagner was not only dedicated to the growth of SIGECO, but also to the growth of the Tri-state Community. His vision for the community included the development of an economic development framework for our area which gave birth to Vision 2000 and also gave new life to the Old Post Office with his restoration project. Wagner was an inspiration and mentor to numerous Tristate leaders.

Wagner also provided leadership to many organizations including: the Metropolitan Evansville Chamber of Commerce, Indiana Electric Association, United Way of Southwestern Indiana, Evansville Industrial Foundation, University of Evansville Board of Trustees, Ohio Valley Electric Corporation, Edison Electric Institute, Indiana State Chamber of Commerce, Deaconess Hospital Service Corporation and the Indiana Gas Association. In 1989, he won the Buffalo Trace Council of the Boy Scouts of America Distinguished Citizen’s Award for his contributions. He was counted as one of the top 1000 CEOs in the country by Business Week magazine.