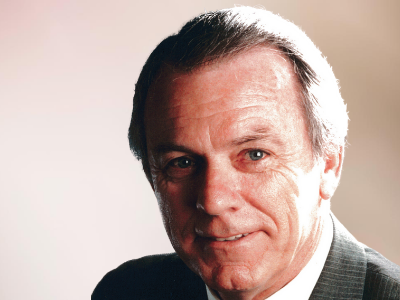 John M. Dunn has made his mark on several diverse industries in Evansville throughout his professional life, establishing success in Radio and Television, Nursing Homes, Commercial Development, and Hospitality. As Chairman and CEO of Dunn Hospitality Group, he most recently has been responsible for the organization that oversees the construction and management of 10 Hotels. The company also has built, acquired and sold over 30 hotels in three states and in addition he and a partner developed Eagle Crest Commerce Center on Evansville’s East Side.

Dunn has noted that the most important part of business is paying back the community for the success you achieve with their support. The versatile business leader has always been active in civic and educational organizations, including the Boys and Girls Club, Freedom Heritage Museum and as Chair of the Board of Directors for Tri-State Youth for Christ and Church of the Cross. He has also served as Past Chair and Trustee of the University of Southern Indiana, Wellborn Baptist Foundation, Oakland City University Foundation and WNIN-TV/FM. Additionally he has served on the Boards of St. Mary’s Hospital, Chamber of Commerce, YMCA, Evansville Museum, and the Salvation Army. Dunn has recently retired from the boards of South Central Communications, Inc., publicly held companies, Old National Community Bank and Vectren Corporation.