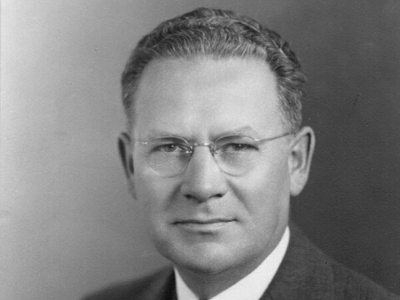 J. Henry Schroeder came to Evansville from Cincinnati in 1912 to work for Schroeder Headlight Company, owned by his uncle, Adam Schroeder. His formal training was as a draftsman. Over time, this business evolved into Sunbeam Electric Manufacturing Corporation, producing refrigerators. Sunbeam began production of the Coldspot Refrigerator for distribution by Sears. This was a successful venture and helped Evansville become known as the Refrigerator Capital of the World. J. Henry Schroeder, together with W.A. Carson, was responsible for the second-largest payroll in Evansville industry during World War II, making ammunitions to support the war effort.

J. Henry Schroeder had the foresight to realize the future of plastics. Along with his son, John H. Schroeder, he founded Crescent Plastics in 1949 with two extrusion machines. From this small business, Crescent grew and expanded into plastic pipe and eventually plastic injection molding. Cresline Plastic Pipe Co., Inc and sister pipe companies have seven locations in the United States. Sister Company, Wabash Plastics, does injection molding in Evansville.

Schroeder was an outstanding industrialist and civic leader. He served as vice president of the Board of Works, and chairman of the 1950 Community Chest campaign. He served as president of the Evansville Manufacturers and Employers Association and the Evansville Rotary Club. He was also a member of the school board. In 1949, Schroeder was presented the Junior Chamber of Commerce “Good Government Award” and a year later was recognized with the Evansville Rotary Club Civic Award for the culmination of a year of tireless labor for civic good.