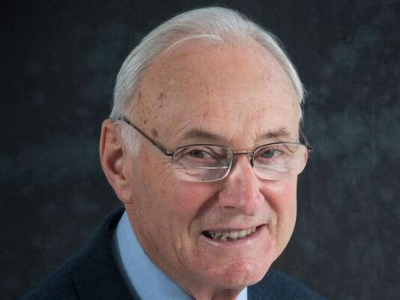 As founding president of the University of Southern Indiana, David L. Rice guided a branch campus of Indiana State University to the establishment of Indiana’s fifth state university. In large part, his success was due to his close work with business and community leaders. When he arrived in 1967, Southwestern Indiana had the state’s lowest post-secondary educational attainment level. He listened to the needs of the community and of local employers, and forged financial and educational partnerships to meet them.

Beyond the University, Rice’s commitment to the community included founding and serving as president of Leadership Evansville. He was president of the Board of Commissioners of the Evansville Housing Authority and chairman of Governor’s Citizens Advisory Committee for Title Twenty of the Social Services Act. He was involved with WNIN Channel 9 Public Television, Buffalo Trace Council Boy Scouts, Indiana Public Broadcasting Society, Indiana Business Modernization and Technology Corporation, Chamber of Commerce of Southwestern Indiana, The Villages, Inc., Youth Resources, Evansville Coalition of Adult Literacy, and was active in Rotary.

Rice has earned many accolades from public service organizations, including the Salvation Army Service to Others Award, West Side Civitan Citizen of the Year, National Community Leadership Conference Leadership Alumni Award, Rotary Civic Award, Boy Scout Distinguished Citizen Award, and a Sagamore of the Wabash conferred by the Governor of Indiana. In 2014, he was inducted into the Evansville Vanderburgh School Corporation Hall of Fame. With his wife, Betty, he received the Leadership Evansville Lifetime Achievement Award in 2009.