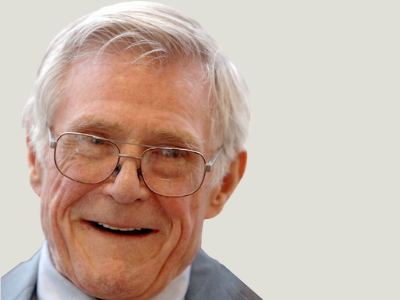 Wilfred C. “Bud” Bussing, Jr. was best known for his prowess in residential construction and real estate development, but he also was a household name as part owner of the Evansville Otters and Patton Heating & Air Conditioning Co.

A hands-on leader, Bussing often hammered nails alongside his work crews. He felt more at ease in that environment than in a suit and tie, say those who knew him. One of his proudest achievements involved civic service: as president of the Evansville-Vanderburgh Airport Authority for 13 years, he was instrumental in the construction of a new terminal there. The road on which the Evansville Regional Airport sits, Bussing Drive, was named in his honor.