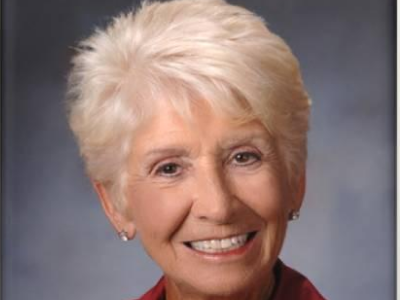 For ten years, Patricia A. Yellig Koch was a nurse with the Daughters of Charity in St. Louis, New Orleans, and Chicago. When she left the order in 1960 to care for ill parents and later that year married W.A. "Bill" Koch, she became part of the family that owned Santa Claus Land. Since then, her dedication helped earn the family operation, now called Holiday World & Splashin’Safari, the titles of the World’s Friendliest Park and the World’s Cleanest Park.

As former Director of Values, Koch worked with the park’s 80 full-time and 2,300 seasonal employees to maintain the high standards of the family business. In 2006, she opened the Santa Claus Museum, dedicated to telling the story of the town, the post office, and her family’s park. That year she also co-authored a pictorial history book called “Holiday World” in celebration of the park’s 60th anniversary season. She was a major force in raising funds to construct St. Nicholas Church in Santa Claus and worked with the Catholic Foundation of Southwest Indiana to start the Wisdom Program, designed to help senior citizens continue to be contributing members of society.

Each December, Koch heads up the Santa’s Elves program, a volunteer project designed to ensure that every child’s letter to Santa mailed to the town’s famous post office receives a personal reply. In 2015, Santa’s Elves answered over 15,000 letters to children around the world.