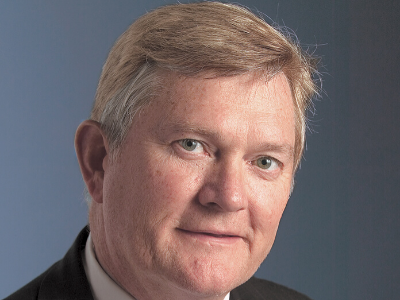 Niel C. Ellerbrook served for a decade as energy company Vectren's first Chief Executive Officer and retired in 2010 with 30 years of energy-industry experience. He continued to serve on the board of directors after his retirement until May of 2015.Vectren is a diversified energy company which among other businesses provides gas and/or electricity to residents throughout central and southern Indiana and west-central Ohio.

Ellerbrook has said that empathy is one of the most important ingredients an individual can have for lifelong success. To be a leader, he noted, you also need to have a desire to be perceived as "someone who is going to do what they say they are going to do and be principled, ethical, and transparent."

Ellerbrook was elected to the Board of Trustees of the University of Evansville in 2002, served as Chairman of the Board from 2008 – 2011 and received the Samuel Orr Honorary Alumni Award and the University Medal of Honor. After years of distinguished service on the board of the American Gas Association, he was recognized in 2010 with the Association's Distinguished Service Award, the organization's highest award. He has received Ball State University's Business School Award of Distinction and was inducted into their Business School's Hall of Fame. In 2007, he was named the Indiana Chamber of Commerce's Business Leader of the Year. Ellerbrook received a Bachelor of Science in accounting from Ball State University and received an honorary Doctor of Laws degree from the University in 2008.