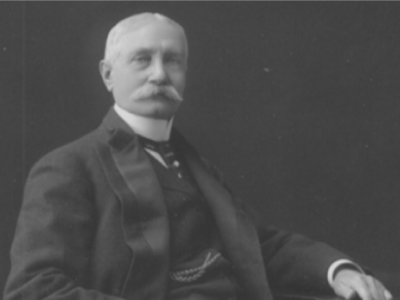 Reitz also was connected with the first telephone company in Evansville and was associated with Evansville Gas and Electric Co. He also was one of the owners of Crescent Furniture Co. According to C.B. Enlow, former editor of Evansville Courier, Reitz "regarded wealth, power and brains as a stewardship and felt they should be used for the benefit of mankind."

Reitz and his sisters contributed to Little Sisters of the Poor, which was initially built by his father. In 1918, he purchased school corporation bonds, enabling the district to build Reitz High School. In 1925, he built Reitz Memorial Catholic High School in memory of his parents; it was a gift worth $900,000 and a deed for which he received the title of Commander of the Order of Pius IX, the first person to receive it in Indiana and the third in the United States. In 1927, he donated $700,000 to St. Vincent's Orphanage in Vincennes for remodeling and new structures. He also contributed $25,000 to the fund to move Moore’s Hill College to Evansville, later to become Evansville College.